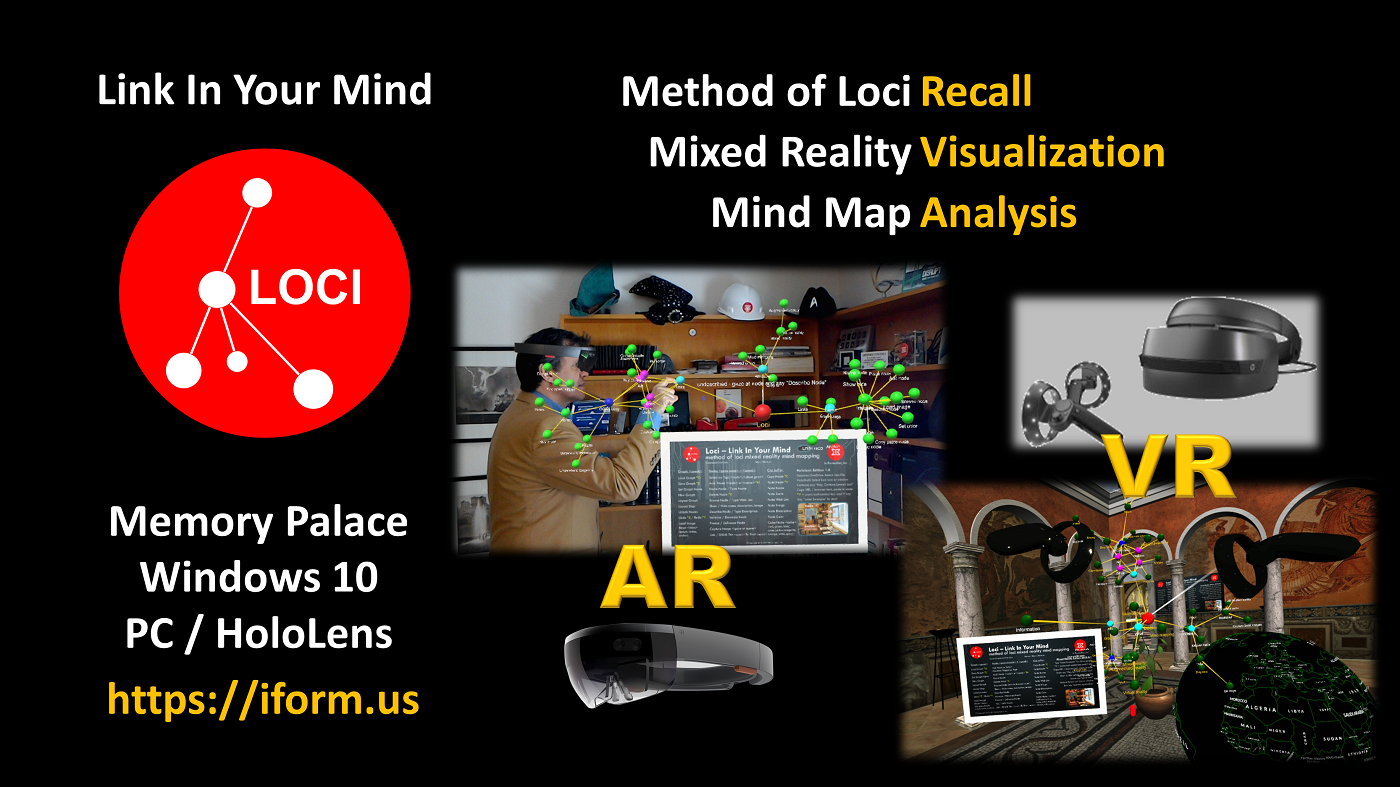 Link In YOUR Mind – You Organize, Understand and Recall

Loci currently is provided as two variants; Loci Memory Palace in Virtual Reality on the PC and Loci AR Mind Map in Augmented Reality on the HoloLens.  Both have a free seven day trial period and can import mind maps.

Loci uses three core concepts to help you organize, understand and recall; mind maps lets you break a problem down into component parts to organize and do analysis, mixed reality interaction with mind maps lets you visualize in 3D to understand how they are related, and the method of loci persistent placement of mind map nodes lets you improve your recall of the mind map, even when you are not using the Loci software.  In this way you can organize your problem, understand it, and remember it later when you need to use that information for decisions.

Loci Memory Palace puts you in a 3D Memory Palace where you can make mind maps using the Windows Mixed Reality headset, and handheld controllers. You can use hand controllers to move, scale or rotate nodes or designate them for voice commands, or to select a place for moving nodes.

Loci AR Mind Map helps you put nodes and links in your own real settings using the HoloLens, such as your home, where you can place your notes and ideas with real items to help you remember and think about them.  You can use one or two hand gestures with your own hands to move, scale or rotate nodes.

Both versions of Loci support gaze and voice interaction combined, so that the use of hands or controllers is not required at all times.

Both versions of Loci share the same mind map graph format, *.loci, and both have initial import capability for MindManager, Freemind, and GraphML files.  This allows you to bring in your previous mind maps and graphs, as well as mind maps or graph data from other people.